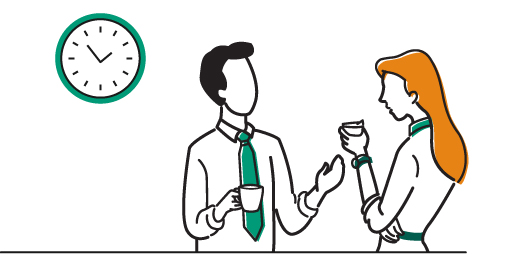 The Labor Chamber at Spain’s Appellate Court has delivered a widely reported judgment (December 10, 2019), underlining that it is valid to deduct smoking, breakfast or coffee breaks from actual working hours. Beyond this issue, however, two other no less important topics went unnoticed: how to compute the actual working hours of employees who travel as part of their sales activities and what happens when employees work longer hours that do not qualify as overtime expressly authorized by the company.

The case examined by the National Appellate Court resulted from a claim submitted by a trade union reporting that the working time recording system in place as a result of Royal Decree-Law 8/2019 amounts to a material modification to working conditions in relation to the following three issues:

These last two issues have been overlooked in the reports on the judgments that have appeared to date.

A careful reading of the judgment, however, creates a doubt as to whether the court is validating, even if indirectly, the absence of overtime if it has not officially been expressly authorized, alongside another as to the validity of time recording systems determining standard or predetermined hours for employees who travel, regardless of the hours actually worked.

It will ultimately be the Supreme Court that can resolve these doubts and answer these questions in the judgment it will deliver on the cassation appeal that will take place in this proceeding but, for the time being, this is a precedent to be well noted.