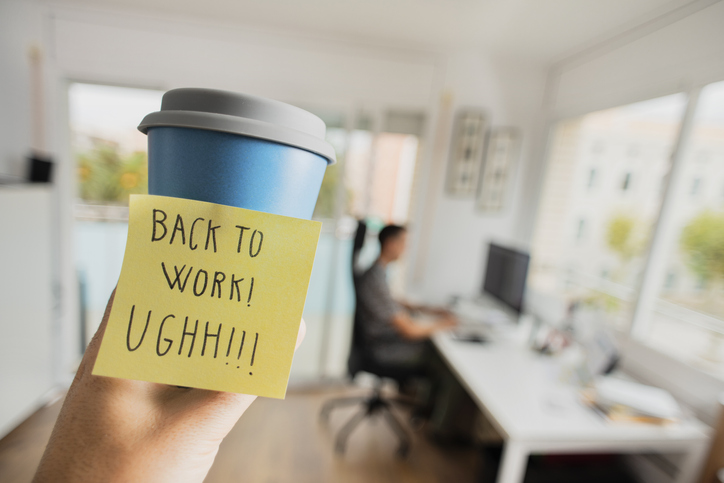 All forecasts point to a gradual recovery of activity, meaning that the return to normality may be accompanied by changes to businesses and to labor relations.

COVID-19 and the declaration of the state of emergency have led to stagnation in many industries, with activity being brought to a standstill or a sharp drop in demand for the products or services that companies offer on the market. However, the end of lockdown does not look likely to bring about the imminent reactivation of the economy, meaning that companies will have to act with foresight in order to mitigate the negative effects of this gradual recovery.

Accordingly, over the next few months it will not be unusual to see oversized workforces with respect to the actual workload at companies, since workers will return on the same conditions they previously enjoyed (working hours and timetable, among others). Moreover, with summer just around the corner, many employees will already have agreed their vacation dates with their employers, but these dates may now no longer fit with the company’s planning.

During this health crisis, temporary layoffs have perhaps been the ideal alternative for companies, but it is possible that they may not be enough in the coming months, so they may be replaced or combined with other internal flexibility measures, However, these measures cannot be implemented immediately but rather require the legally established time periods to be met. This is why it is so important for companies to start to diagnose their situation and plan their steps.

In order to reorganize their resources, employers can avail themselves of the irregular distribution of working hours provided for in article 34 of the Workers’ Statute or, as the case may be, in the applicable collective labor agreement, which allows for up to 10% of a worker’s working hours to be distributed irregularly depending on the workload.

Equally, where there are sufficient grounds, employers may alter working conditions, such as previously agreed timetables, working hours or vacation, by means of a material modification of working conditions, on an individual or collective basis. With a view to cost containment, employers may even reduce salaries, on the legally established terms (article 41 of the Workers’ Statute). It may be that some of the working conditions that employers wish to alter are stipulated in the collective labor agreement, meaning that they may also be modified by following the collective labor agreement opt-out procedure provided for in article 82 of the Workers’ Statute or, as the case may be, in the applicable collective labor agreement. Whatever the situation, the planned measure, existing circumstances and the legal and contractual limits must be analyzed.

Internal flexibility mechanisms have been available to employers under labor legislation for several years. It is therefore important to dust off these tools, many of which were adopted during the last crisis, since they may help guarantee the continuity and viability of the business, by adapting resources and costs to the production needs of the new economic landscape. They may also help preserve jobs, something which is particularly important for companies that took on the commitment to maintain employment, following temporary layoffs due to force majeure, as a condition to benefit from exemption from social security contributions.

In short, in these times looking to the past may be a good option in order to move forward.

flexibilitystate of emergency
Prev Next