Spain does not currently have employment and Social Security legislation which has adapted to the needs of the new initiatives and businesses of startups.

From October 2 to 4 the annual gathering is being held in Madrid of the South Summit, a platform created by Spain Startup together with the IE Business School in 2012, i.e. “at a time when the crisis was hitting hard”, in the belief that “entrepreneurs would be the driving force of the economy” and with the objective of connecting “the most disruptive startups with investors and corporations throughout the world that are seeking to improve their competitiveness through innovation”.

Due to this gathering it is worth considering whether there is a legislative framework in Spain, from an employment and Social Security perspective, to encourage and promote the birth of startups, as well as the initiatives of our entrepreneurs.

During the period of financial and economic crisis which commenced in 2008, entrepreneurship and the creation of startups and collaboration platforms began to emerge as a valuable alternative to the destruction of jobs which was devastating our country.

For the above reason, a collection of legislative measures was adopted whose objective was to strengthen and facilitate such initiatives which could help to alleviate the serious problem of unemployment.

Thus, Law 3/2012, of July 6, on Urgent Measures for the Reform of the Labor Market, created the “employment contract for an indefinite period supporting entrepreneurs”, with a one-year trial period, tax incentives and Social Security reductions.

In line with the above, Law 11/2013, of July 26, on Measures Supporting Entrepreneurs and Stimulating Growth and Job Creation, implemented a collection of employment stimulation measures, such as the “indefinite recruitment of a young person by microenterprises and self-employed businesspersons” or “recruitment incentives in new youth entrepreneurial projects”.

However, such legislative measures were not conceived as structural institutions or with the intention of remaining but rather as an unemployment action plan and, for that reason, their continued existence was linked from the beginning to the unemployment rate in our country remaining above 15%. Thus, since according to the Labor Force Survey, unemployment in the third quarter of 2018 stood at 14.55%, Royal Decree-law 28/2018, of December 28, for the Revaluation of Public Pensions and Other Urgent Social, Labor and Employment Measures, expressly repealed such measures with effect from January 1, 2019.

On the other hand, by Law 14/2013 of September 27, Supporting Entrepreneurs and their Internationalization, a collection of provisions was approved aimed at supporting entrepreneurs and business activity, both at the initial stages, and in their subsequent development, growth and internationalization, in such varied areas as education, corporate business structures, institutional support for entrepreneurs, simplification of administrative burdens or financial support. However, in the labor and Social Security area, it contains certain limited measures aimed at the institution of entrepreneur itself (e.g. a flat rate for self-employed persons or the possibility for unsuccessful entrepreneurs to resume unemployment benefit) and not at employment relations in the business or activity which he commences.

We must add to all of the above the difficulty of fitting into the traditional concepts existing to date (working as an employee vs. working on a self-employed basis), certain schemes for provision of services which have been developed by entrepreneurs and startups, such as crowdsourcing or collaboration platforms. This has generated an intense debate regarding the nature of the relationship between such initiatives and their collaborators and, therefore, legal uncertainty which helps neither investment nor entrepreneurship.

In conclusion, with the scenario described up to now, it can be concluded that we do not currently have a labor and Social Security legislative framework which has adapted to the needs of these new initiatives and businesses which require: legal certainty; flexibility to be able to hire and to be able to swiftly adapt to difficult situations according to the performance of the business; more recruitment incentives, at least, at the initial stages of the activity; measures to facilitate workers’ mobility; and schemes to allow employees’ continued service and employment conditions to be linked to their productivity and to the value which they contribute, as well as to the success or failure of the activity undertaken.

In this respect, the Law on Promotion of the Ecosystem of Startups, whose legislative procedure commenced at the end of last year and which is still at a preliminary stage, may be an ideal opportunity to try to respond to the demands of our entrepreneurs and to strengthen their initiatives. 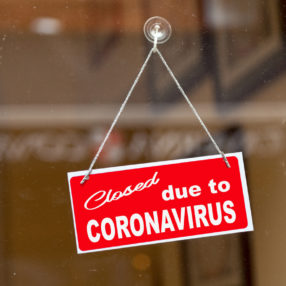 The ERTEe (temporary layoff procedure) in times of COVID-19

Spreading fake news about employers may lead to dismissal

Towards a green work model: 10 initiatives in the working environment