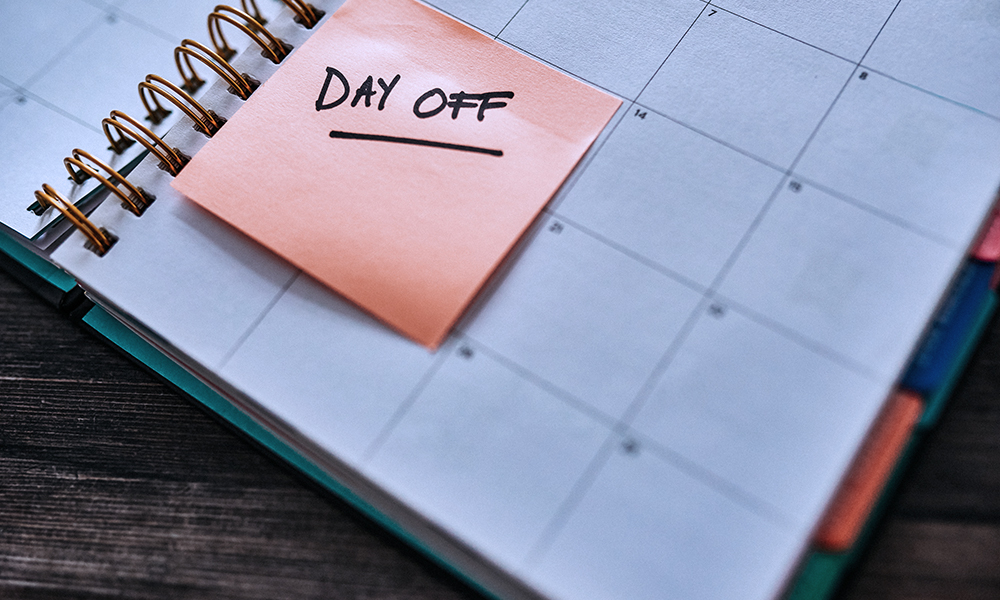 In order to know how personal days should be treated at each organization, it is essential to check how they are defined in the collective labor agreement and look at the company’s standard practice.

We often come across collective labor agreements that contain the worker’s right to take so-called discretionary days off, also known as personal days. But are these days recoverable? Should these days be considered days worked for the purposes of calculating fulfillment of the maximum annual working hours?

According to the view taken by the courts, these days constitute leave, which is defined in the collective labor agreement and aimed at “providing workers, whose working hours take up every week day with time to attend to personal matters which cannot be done during the weekly rest period” (Judgment of the Labor Chamber of the Supreme Court of September 15, 2006, rec. 103/2005).

The collective labor agreement itself may set out the guidelines governing this leave, which leaves the negotiating parties free to determine whether or not these days are recoverable. This is determined in Judgment 888/2019 of the Labor Chamber of the Supreme Court of December 20, 2019 (rec. 233/2018), which indicates that “the question relating to whether specific paid leave for personal matters is recoverable has been examined by this Court, and there are court rulings for and against the need to recover that time depending on the specific circumstances existing in each case.”

The above judgment defines the elements to be taken into account, which we will take a look at below.

In the cases analyzed, the courts have considered whether or not personal days are defined in the agreement as paid leave. This question has given rise to opposing judgments:

This ruling examined whether the two personal days allowed in the 2nd Canary Islands Collective Labor Agreement for the patient and casualty ambulance services sector should be included in hours of actual work for the purpose of calculating fulfillment of the maximum annual working hours established in the agreement, and concluded that they are recoverable days.

On this occasion, the Supreme Court considered that those days’ leave were recoverable since the collective labor agreement, under the heading “approved time off and leave” provided a list of circumstances allowing employees to take time off work with pay and personal days did not appear on this list (despite it being evidenced that the company had been paying employees for personal days).

In the eyes of the court, this was a decisive element and, referring to the judgment of the Labor Chamber of the Supreme Court of May 29, 2007, it recalled that if the parties negotiating the collective labor agreement had intended for personal days to be non-recoverable, they would have made the relevant deductions to the annual working hours, and that the rules on working hours must prevail over the rules on personal days, concluding therefore that those days have to be recovered.

This ruling by the National Appellate Court came to the opposite conclusion, since the applicable collective labor agreement left no room for doubt that personal days should be treated for all purposes in the same way as the other regulated types of paid leave. The judgment stated that “if the intention was for personal days to be recoverable, the contracting parties would have included this leave within the types of unpaid time off, since if a personal day must be recovered, then it may be concluded that in actual fact the day is not paid, since it is simply a case of one working day being substituted for another.”

Another factor that the December 20, 2019 Judgment of the Labor Chamber of the Supreme Court underlined as being relevant for resolving the dispute is to look at the company’s standard practice regarding the potential recovery of these days.

The Supreme Court, particularly through its judgment of April 9, 2014 (rec. 76/2013), has frequently highlighted that, in the event that the wording of the agreement itself does not shed light on the negotiators’ ultimate intention, then the company’s previous actions should be taken into account. The judgment found in favor of the non-recovery of personal days because it had been evidenced that the company always perceived these days as non-recoverable leave: “There is no record of the company having required employees to recover this personal day in any way, which is reason to believe that it always understood it to be non-recoverable time off, and provides us with the answer to the question, since there is no reason to reach the opposite conclusion at this time, when this has always been the prevailing practice.”

Therefore, it will also be of utmost importance to take into account the previous acts of the company in this regard.

In conclusion, we need to pay particular attention to (i) the provisions in the collective labor agreement on this type of leave, and (ii) the practice followed by the company in terms of the recovery of personal days, in order to determine whether they should be included to calculate fulfillment of the maximum working hours or whether, on the contrary, they are recoverable days.