Paid leave must begin on working days, according to the Supreme Court

On February 13, 2018 the Supreme Court handed down a judgment on an ordinary cassation appeal, in which it ruled that the first day of paid leave should be the first working day after the event for which the leave is taken, arguing that leaves of absence were created to be taken on working days and not on holidays.

The judgment analyzes the specific case of leave taken for marriage, for the birth of a child and for the death of a family member under the state-wide collective labor agreement of contact center. This collective labor agreement first regulates paid leave on general terms by using the original wording of article 37.3 of the Workers’ Statute, and thereafter specifies that, within its scope of application, leaves of absence are to commence on the day of the event for which they are taken.

In particular, the wording of article 28.1 of the collective labor agreement in question provides that “subject to notification and justification, employees may be absent from work, but entitled to compensation, from the day of the event causing them to be absent, on any of the following grounds and for the following periods”. This is therefore an article that uses the general formula for paid leave set forth in the Workers’ Statute, stipulating that leave is to commence on the day of the event for which the leave is taken and, furthermore, in the case of leave taken for marriage, it is to be counted by “calendar” days.

In this context, the Supreme Court judgment revokes the National Appellate Court judgment dated July 13, 2016 and rules that the calculation of the paid leave in dispute cannot commence until the first working day after the event triggering the leave, in the understanding that “leave is granted so that an employee can be absent from work on a working day, given that on a holiday it would not be necessary”, all of the foregoing despite the fact that the parties negotiating the collective labor agreement had instrumented certain types of leave clearly, precisely and concisely, which they stipulated were to commence on the day of the event that triggered them.

A number of arguments could be put forth against the position taken by the Supreme Court, including most notably the following:

Notwithstanding the foregoing, the Supreme Court’s interpretation could be supported by a claim that holidays should not diminish the calculation of paid leave, especially in the case of weekly days of rest, for example, the purpose of which is to permit employees to rest after completing the work week and should therefore not be confused with paid leave stipulated by law or collective labor agreement.

In any case, the Supreme Court judgment does not yet constitute case law or provide a definitive ruling on a point of law.  But given that many collective labor agreements use the general formula of paid leave for “absence from work” stipulated in the Workers’ Statute, this interpretation by the Supreme Court must, without a doubt, be borne in mind and analyzed carefully in each specific case. 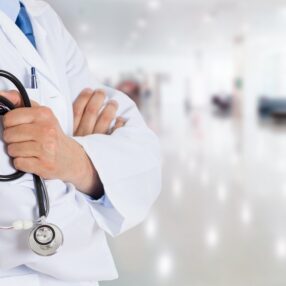